Interview with Rebecca Johns, Author of The Countess

Today on MLS we invite Rebecca Johns, author of Icebergs to discuss her recently r

eleased new novel, The Countess, a fictional memoir about the Hungarian noblewoman who was the archetype for many vampire stories. Johns speaks to us about the excitement of doing research for her work and writing about a much misunderstood character in history.

LV: What inspired you to write about Countess Bathory? What was the trigger that drew you in and kept you interested?

After writing Icebergs, a book about ordinary people and their lives, Bathory appealed to me because of the extraordinary nature of her life. She came from one of the most wealthy and powerful families in Eastern Europe; she was given an extraordinary education for her sex and for the times. And of course she was accused of the most awful crimes anyone could imagine.

Yet in many ways her life was entirely recognizable to me. As a woman who struggled with infertility for ten years the same way the countess did, I sympathized with her. And then when I read how she lost two of those longed-for children to the plague, including the heir who would have protected the family name and fortune, I wondered, how could any woman survive such a loss? What would it do to the psyche to lose, and lose, and lose again everything and everyone you loved? 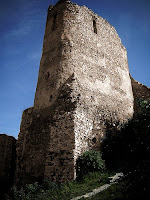 LV: Your version of Bathory is more compassionate and complex then the accounts of her sprinkled all over the Internet. Was it difficult to do research for this character? What were some of the most interesting challenges you ran into when trying to uncover the real story?

RJ: The biggest challenge in researching the story of Bathory is the sheer volume of misinformation about her that exists. People take as gospel the stories of her bathing in the blood of virgins, or the stories of her diary of 650 victims, and those two bits of fiction have proliferated and spread, so that even otherwise "serious" historical works have not, until very recently, challenged those old lies. The blood-bathing rumor, for example, came from a single line of text in the trial documents that said she got blood on her clothes and needed to change her blouse. (Blood-bathing is technically impossible at any rate; the liquid congeals and separates outside the body.) The rumor of 650 victims came from a single witness who had it secondhand from someone else. Yet those two stories are the ones repeated about her most often. They're interesting, of course, but not realistic, and I knew that if I was going to write another book about her, it was time to put those old stories to rest.

The other challenge is the language barrier. Hungarian is a notoriously difficult language--the pronouns, for example, are gender-neutral, which makes translating the trial testimony into English a nightmare. Modern translations that attempt to be a bit more neutral and recreate the language with more precision are more useful than the older ones (like Valentine Penrose's poetic but probably biased translation) that use a bit more creative license.

LV: What was the most interesting piece of research you found?

RJ: There were two bits of information that I thought were particularly fascinating from a writer's perspective. The first was that after Bathory's arrest, the palatine's wife Erzsebet Czobor came to Csejthe and stole Bathory's jewels. The Lord Chief Justice even had to intervene with the palatine on the family's behalf, and the Chief Justic was no fan of the Bathorys. That seems to suggest pretty strongly that there was more to the story than the official account. 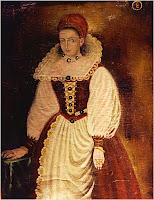 d was a translation of a letter from Bathory herself, in which she threatens a neighbor who, thinking he could get away with it, took over one of the family's unoccupied estates. It was interesting not only to realize how precarious her situation was, but the tone in it was so like the voice I'd already created for her, I knew I was on the right track.

LV: Your first novel, Icebergs, was also a historical novel, based on three generations, from War World II, through Vietnam, and finally to modern times. Would you say that history inspires you? Or what connects these two novels if anything at all?

LV: What’s coming up next for you? Can you give us a hint on your next novel?

RJ: My next novel is in the very early stages, but let's just say it's a turn for the contemporary, and that it's likely to include an element of the fabulous. More than that I wouldn't want to say.

Rebecca Johns's first novel, Icebergs, was a finalist for the 2007 Hemingway Foundation/PEN Award for first fiction and a recipient of the Michener-Copernicus Award. Her second, The Countess—a fictionalization of the life of Elizabeth Bathory, the “Blood Countess”—was published in October 2010 from Crown Books. Her work has appeared in Ploughshares, the Harvard Review, the Mississippi Review, the Chicago Tribune, Cosmopolitan, Mademoiselle, Ladies' Home Journal, Self, and Seventeen, among others. A graduate of the Iowa Writers' Workshop and the Missouri School of Journalism, she teaches in the English Department at DePaul University in Chicago.

How exciting it must have been to read her own words and hear in them the voice you had been creating in your work! To realize that you'd tapped the proper vein, as it were. Thank you for sharing your thoughts with us, and good luck with your WIP.

Thanks Tina and Susanna. Good luck to you as well.